The fifth International Soft Matter Conference took place in Edinburgh from 03-07 June in 2019. It attracted 500 delegates from all over the world, although the majority were from Europe. We heard from eight outstanding plenary speakers in the iconic setting of McEwan Hall, (picture), which was presented to the University of Edinburgh in 1897 by the brewer William McEwan as a ceremonial space for graduations and other functions: 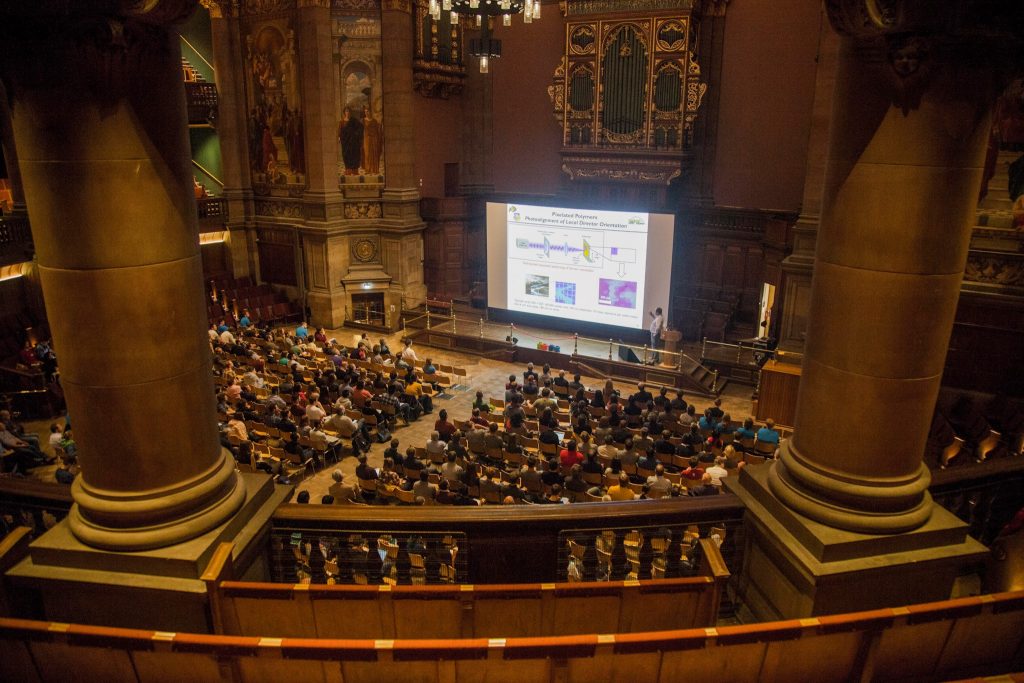 Lydéric Bocquet from Paris told us about flow and rheology at small scales, Montpellier’s Luca Cipelletti introduced us to his work on the failure of soft solids, Stephen L. Craig from Duke explained how macromolecules can sense mechanical stress, while Marileen Dogterom of Delft opened up the ambitious topic of building synthetic cells. Kohzo Ito from Tokyo showed us how his work on tough polymers led to the construction of the first all-polymer car body, Edinburgh local Cait MacPhee bravely battled tonsillitis to introduce us to the soft matter physics of bacterial biofilms, while Susan Perkin from Oxford used the metaphor of a ‘cabinet of curiosities’ to tell a number of intriguing stories about electrostatics in soft matter. The list of plenary speakers was completed by Bangalore’s Sriram Ramaswamy, who offered us a number of cameos from theoretical active matter physics.

Tim White from Colorado, the 2019 Royal Society of Chemistry Soft Matter Prize winner, received his award at the conference, and gave a lecture on ‘Pixelated Polymers: Programming Function into Liquid Crystalline Polymer Networks and Elastomers’. The 32 parallel sessions were organized around nine topics with 18 keynote speakers. Two poster sessions enabled 400 presenters to showcase their work. Catering throughout the conference, including drinks at the poster sessions and a memorable banquet in the magnificent hall of the National Museum of Scotland, (shown below), was sponsored by 13 organizations and companies. 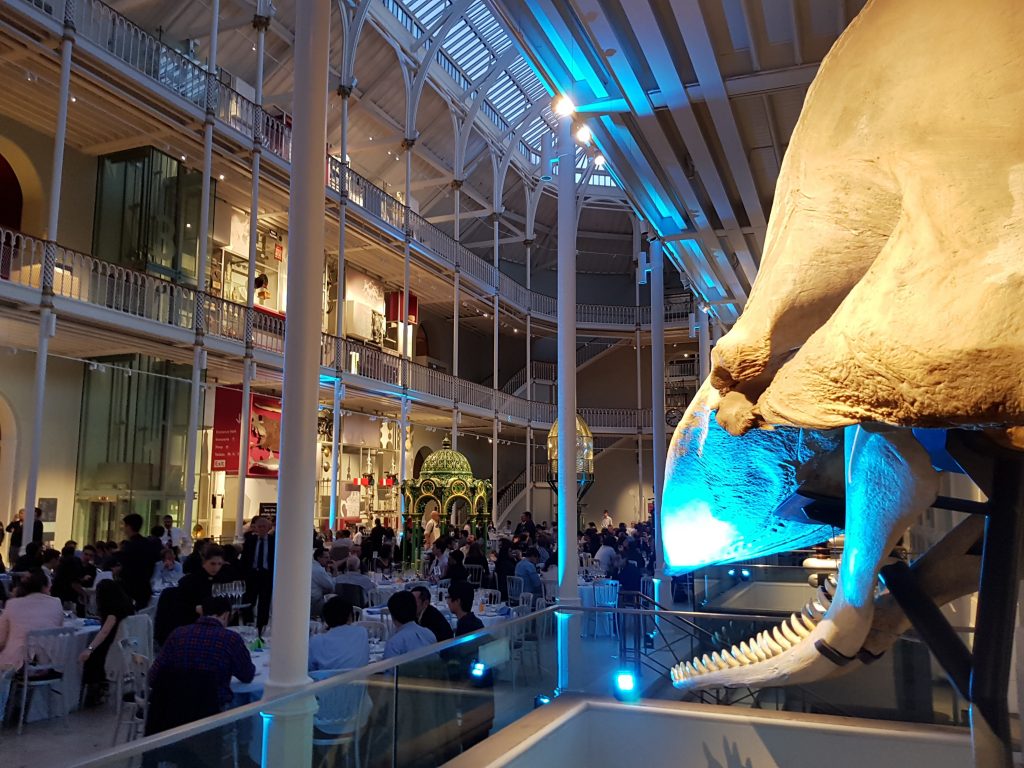