The SoftComp topical workshop “In-situ rheology for neutron and X-ray scattering techniques” (RheoSAS), a satellite event of the ISMC2016, took place on 19-21 September 2016 at the ILL. Scientists from Europe and North-America attended the meeting which aimed to establish an exchange of ideas between scientists working on combined rheological and scattering techniques in order to trigger the creation of new methodologies and new instrumental tools necessary for the development of new materials. The workshop also highlighted the possibilities opened up by in situ rheology for scattering among the international rheology community and promoted new international collaborations. 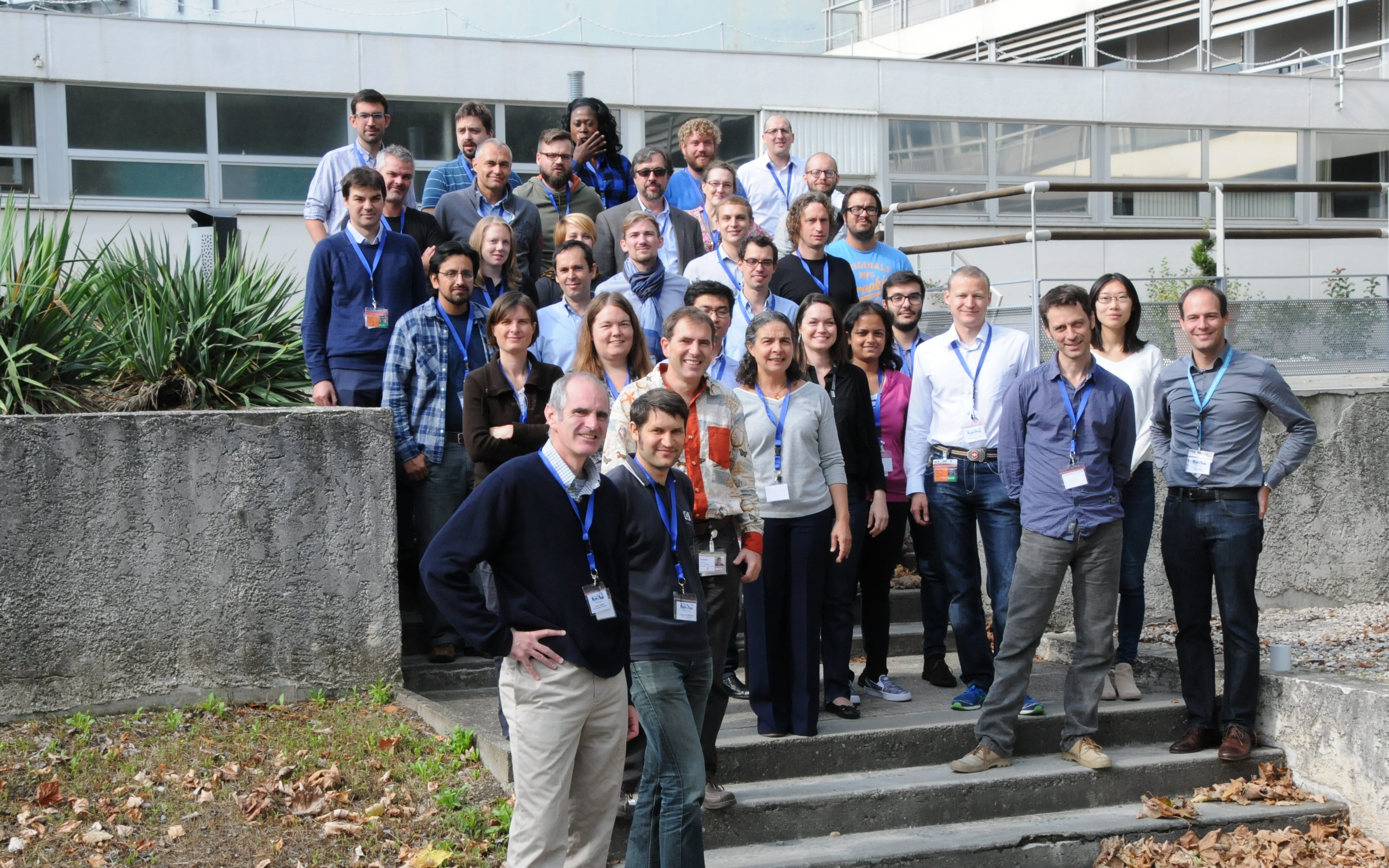 Participants of the RheoSAS workshop at the ILL.
Copyright: ILL/S. Claisse

RheoSAS was organized by a team of scattering and rheology experts based mainly at the ILL, Grenoble, France, and at Forschungszentrum Jülich, Germany, and was sponsored by both SoftComp and Anton-Paar GmbH, Graz, Austria. It attracted scientists interested in understanding the bulk structure and dynamics of liquids, dense suspensions and viscoelastic complex fl uids under shear as well as the behaviour of soft interfaces under shear. In total, more than 40 scientists attended the workshop with 24 invited and contributed talks.

The workshop was concluded by a round table discussion chaired by Dr. João T. Cabral (Imperial College London, UK). The aim of the round table was to identify the current limitations in the existing experimental facilities and to examine how the rheo-sas community could be expanded. A more effi cient exploitation of existing scattering facilities, as well as current rheological methods and theory, simulation and analysis approaches was seen as the main route to fostering cutting-edge experiments and attracting new users.